#FFFFFF
(No reviews yet) Write a Review 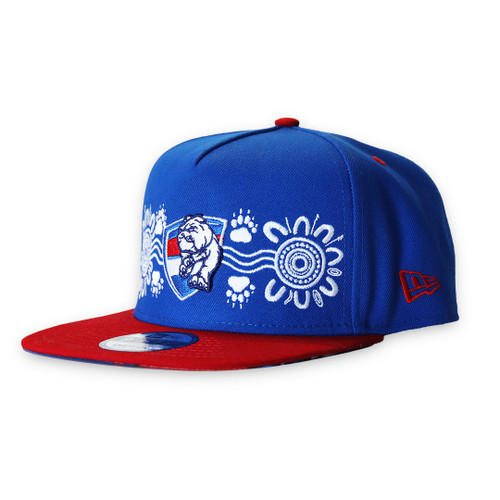 - Lindsay Gilbee signature on back

The guernsey will be worn by the players for Sir Doug Nicholls Round.

Gilbee worked closely with renowned artist Nathan Patterson to produce the striking artwork, which is based on his family story of the Boandik people of South Australia.

On the front of the guernsey, the middle of the design features the Blue Lake (Waawar), with people gathering along its banks.  Below that are footsteps of the traditional owners, as they move across waterholes gathering fresh water from the beautiful limestone coast.

The three gum leaves represent connection to Country, while the boomerangs and spears symbolize traditional hunting practices with kangaroo, emu and goanna tracks.

(No reviews yet) Write a Review